Branko was born in Münster, Germany, though his actual origin is from the Carpathians in Serbia. He played the creepy main suspect Antoni Pricha, the Morgue Man, in Jack the Ripper thriller Whitechapel, the pyromaniac Junky-Henchman Marek Lisowski in the final episodes of A Touch of Frost and Polish fighter pilot Miroslaw Feric in the World War II drama The Untold Battle of Britain. He was named "One to Watch" by Moviescope Magazine in 2008 and recent film credits include The Bourne Ultimatum opposite Matt Damon (Dir. Paul Greengrass), It's a Free World... (Dir. Ken Loach), The Wolf Man (Dir. Joe Johnston), Pope Joan (Dir. Sönke Wortmann) and Interview with a Hitman (Dir. Perry Bhandal). In 2010, he won the 'Best Actor' Award at the San Francisco Short Film Festival and at The Accolade Film Awards for his performance as a Serbian soldier who is tormented by grief and guilt after being a witness of war crimes in the drama Inbetween.

Maria has over 30 years experience on film and TV production in Greece and internationally.  She has written and produced several winning Greek feature films as well been the Greek co-producer on countless international TV productions. Maria is also a successful novelist in her native Greece. 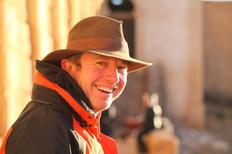 Ben began as a lighting and camera technician on studio movies, indies and TV in the UK and Los Angeles, whilst making short experimental films in his spare time.  His first directing work was short form, promos, music videos, and commercials.   Then he moved into television documentaries; often, though not exclusively, choosing historical subjects. Now, most work is drama-documentary or drama-reconstruction projects, whilst he continues to write and develop short films and feature film ideas. 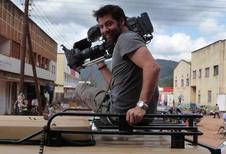 For more than 10 years, Pete has been shooting drama, drama re-construction & documentary in locations around the globe. From remote deserts, to the frozen high Himalayas, to high-end studios in London & Los Angeles. His work has had both television, and theatrical releases including IMAX. 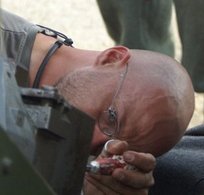 Richard has a BA (Hons) in 3D Design, a BDes. in Applied Crafts and was shortlisted for Designer of the Year Award at the New Designers Exhibition 2002. He has a passion for history and historical drama.

Phillip edits drama and documentary as well as the occasional music video. He has worked on many broadcast docu-drama’s for channels such as National Geographic, Discovery, Five and Yesterday. He has also edited numerous short films, including two UK Film Council Digital Shorts, both finding success at festivals. He has also directed a number of his own short films. 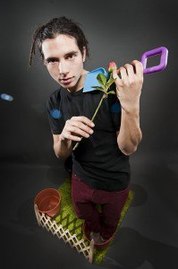 Andrew Gorman is a London based composer and violinist with roots in Eastern music of Gypsy origin. Andrew's music has been performed at a diverse range of London's top venues including Queen Elizabeth Hall and the Village underground. Andrew is currently working as a freelance composer-performer and leads the band, Don Kipper who perform a range of Turkish, Greek and Jewish music as well as Andrew's original compositions. For a more detailed biography please visit www.andrewgorman.co.uk

With Great Thanks To